The Greatest Leadership Movie Of All Time 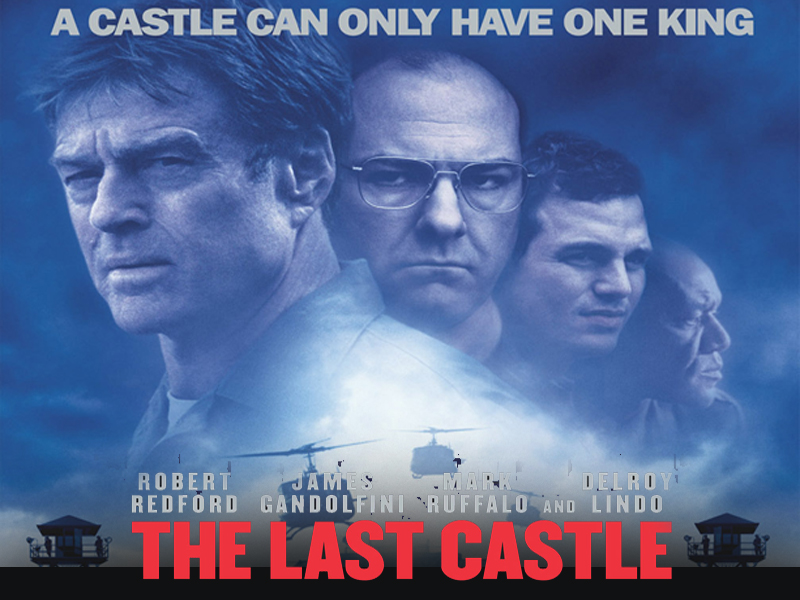 No Comments | Likes 0 | Tags Last Castle, Leadership Movie, The Last Castel
Share on FacebookShare on TwitterShare on LinkedinShare on Pinterest

Movies are how we are entertained. They take us places only our imaginations can create, and it sparks excellent opportunities to grow our leadership.

There are quite a few good leadership movies, but the best leadership movie of all time is The Last Castle. The producers purposefully developed this movie to illustrate good versus bad leadership. Nearly every scene highlights a leadership principle and provides a captivating example.

The setting is a military prison, and the conflict is between a convicted general (Robert Redford) and a self-absorbed warden (James Gandolfini). The movie uses the personalities and prison setting to set the stage for the good and bad leadership lessons.

At some point, all of us have worked for a bad leader and hopefully a good leader. In stark contrast, The Last Castle is a vivid, bigger-than-life example of what it looks like to be under good and bad leadership.

Disclosure
The movie is rated R for a reason. The prison setting and language earn the rating as much as the violence. You will get re-acquainted with the F word in the first 20 minutes. It is not for everyone and certainly not for children.

The first few minutes of the movie introduce us to all the characters and begin to set the stage for the leadership lessons. General Irwin is a three-star general who is court-martialed and sentenced to ten years for disobeying an order that resulted in the death of eight soldiers. General Irwin is a highly decorated soldier and deeply regarded throughout the military. So much so, when he arrives at the prison, everyone is in awe.

The prison’s self-absorbed warden, on the other hand, has never seen combat and, in short, wants to assert himself as the leader.

Inside the prison is a stone wall that was part of the original castle from which the prison was constructed, and it serves as something the prisoners can spend time working on. The wall becomes the catalyst from which the general’s leadership begins to make a difference, resulting in the prisoners tearing down the old, poorly built wall and working together to rebuild it with pride and excellence. The wall and several other situations ignite a leadership war between the warden and the general.

To punish the prisoners, the warden destroys the newly rebuilt wall. To further drive his point home, the warden kills the prisoner who led the rebuilding efforts in front of everyone. Up to this point in the movie, General Irwin has ignored the warden’s harshness and horrible actions but now decides to step up and lead.

The remainder of the movie is an incredible illustration of leadership at work. Vividly, the movie shows how a great leader, even in the worst of situations, can step up and make a difference. While only a fictional story, The Last Castle does a great job illustrating many of the 21 Laws of Leadership.

As you watch this movie, don’t just watch it for entertainment. I would encourage you to put on your leadership glasses because every scene is rich with insight.

The Last Castle is now available on Amazon Prime.

Introduction
The first 14 minutes introduce the setting and the people. We also get a good feel for the key players and what motivates people to step up and lead.

Leadership Lesson – Leading by Force and Fear
Scene – Fight scene in the yard where the prisoner is shot (about 14.5 minutes in)

Leadership Lesson – Building Trust
Scene – The general is punished for his interaction with Corporal Aguilar and is forced to move all the rocks.

Leadership Lesson – Giving Respect and Purpose
Scene – A wall or a castle (about 45.5 minutes in)

Leadership Lesson – Threats
Scene – In the cell (about 1.03 hours in)

Leadership Lesson – Ego and Pain
Scene – Making the general look bad in front of all the prisoners by reading General Irwin’s record (about 1:14 hours in)